St. Nicholas Roman Catholic school, Gladding Road, Manor Park, was opened in 1868, in the Manor House, former home of the Fry family. In 1925 the school was closed, and the premises were sold to the London Co-operative Society. 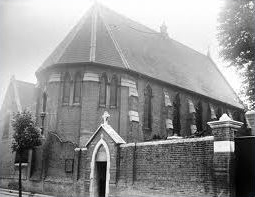 The Catholic industrial school, Manor Park, opened in 1868, contained the chapel of St. Nicholas, Gladding Road, which was open to the public. (fn. 5) The church of St. Peter and St. Paul, Ilford, opened in 1899, included within its parish the northern part of East Ham. (fn. 6) The chapel of St. Nicholas was subsequently attached to Ilford until 1918, when it became the church of the new parish of Manor Park. (fn. 7)

The church of St. Stephen, Church Road, was built in 1924 as a chapel to St. Nicholas. It was rebuilt in 1959 and then became the parish church, with St. Nicholas as its chapel. 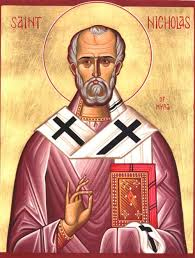 A full history from a localâ¦

ST NicholasThe Manor House and St. Nicholasâ church are two stunning Victorian buildings that stand proud alongside other properties built in the 1990s on Gladding Road, Manor Park. Until now, little was known about these buildings and the history of the seven acre site around Gladding, Whitta and Capel Roads. A book has been written by a local, Shea Lolin who retraces the history of the Manor House and St. Nicholasâ Industrial School and Chapel, placing the buildings in their nineteenth-century context and their relation to other key buildings. It surveys the use of the Manor House in its bicentenary year. 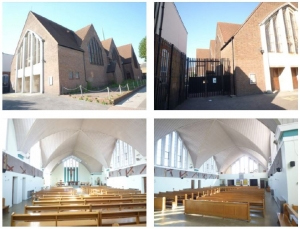 Information about St. Stephenâs Church at 146 Church Road â Manor Park is yet to be compiled on this website. Bear with me and I will be able to bring it to you. The church is now the main Catholic Parish Church of Manor Park

The Patron saints of the Parish